November 10, 2018 marked the first Male Breast Cancer Coalition Screening Awareness Conference held in NYC. The Northeast Division led by Cheri Ambrose (co-founder) and her assembly of Male Breast Cancer survivors joined with NYCRA (NY Cancer Resource Alliance) to produce the first Educational Forum and Medical Presentation while celebrating their newly recruited medical experts in the MBCC Clinical Advisory Board.  This event also honored all MBCC Senior Ambassadors, survivors and an emotion-filled roll call of those who recently died from Male Breast Cancer.
The event kicked off with Ms. Ambrose presenting the history of the MBCC and words of loving appreciation for Director Peggy Miller and co-founder Bret Miller who made a surprise candid appearance via Skype from Kansas.  It was his male breast cancer diagnosis in 2010 that started it all for the (now) international foundation.

Lennard Gettz, founder/president of NYCRA nominated the three medical speakers from his own cancer resource group into the clinical advisory board of MBCC based on a common thread of having pioneered a significant role in cancer research, care and treatment history. The first being Dr. Bard (Bard Cancer Diagnostics, NYC) for his advanced use of the 4D Doppler Ultrasonic technology.  His showcase aligned seamlessly with the second medical speaker, Dr. Stephen Chagares, breast surgeon (Tinton Falls, NJ) who was recently published as the first in the U.S. to conduct a unique form of nipple-preserving robotic mastectomy for both men and women. He captured the audience with the remarkable advantages over conventional surgery including no scars on the breasts, a remarkable recovery in range of motion and according to published 5 year data, ZERO cancer recurrence and equal oncologic outcomes. Dr. Chagares was also the first worldwide to successfully perform this procedure on a male patient.

According to Dr. Chagares, “the mission to bring awareness about the impact of male breast cancer… and the joint task force of building this first male-dedicated diagnostics program is the first step toward a new standard screening within our entire healthcare community. Hopefully, these protocols using this ultrasound technology can be incorporated with other safety programs to create the best medical care possible for everyone.” 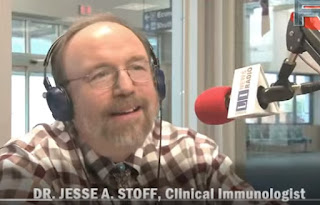 The third MBCC medical advisory board member honored in this event was Dr. Jesse Stoff (Westbury NY) whose life’s work encompassed the study and integration of a wide range of medical disciplines to battle chronic diseases by the strengthening of the immune system. His dedicated work in the science of immunology and advanced clinical research in cancer care earned him a major leadership role in the world of Integrative Onco-Immunology both in the U.S. and abroad. From eastern and western, ancient and modern, alternative and conventional,  Dr. Stoff's advocacy and medical programs aptly titled “Staying in Remission” has been presented in countless seminars in the medical community and has been recognized by some of the most credentialed cancer experts, institutions and medical publications.

The spirit of the Coalition's survivors and ambassadors is driven to get the word out about this unique yet growing health concern.  “Over time, the MBCC, as with every organization, finds their voice in the public advocacy area,” states Ms. Ambrose.  “Fighting cancer is never possible without doctors- and our clinical voice for education and for awareness is widely thanks to our close ties with some of the top medical experts who battle cancer from the front lines.”

This relationship between foundation and medical professionals in joint pursuit of public education is a model that the MBCC aims to pursue nationwide. “Awareness is the answer to saving lives- especially with breast cancer… our service to the community is to wake people up to get a checkup- and to know that this type of cancer is very real and it does not discriminate!” states Peggy Miller.

NYCRA's commitment to bring the cancer community together brings a powerful message of compassion and empathy among caregivers and clinical leaders.  The final NYCRA health speaker was Jodi Taub (licensed clinical social worker/therapist & patient advocate) who states,  "I became a chronic illness expert because I've lived this personally. I am here to help both you and your family members learn how to cope with your illness because it's not just the diagnosis --  It's what you learn to live with for the rest of your life, and learn how to thrive for a better life."

The Male Breast Cancer Coalition continues to promote its public awareness and educational programs nationwide.  This 2018 summit helped to add new names to their partnership program with  cancer-related orgs and medical experts to draw in more support and resources for all Male Breast Cancer cases.

9) Awareness for a Cure: www.Awarenessforacure.org 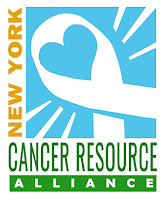 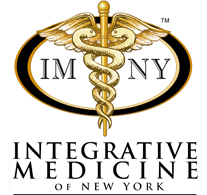