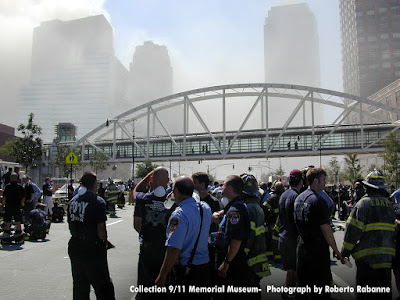 Next-Generation Cancer Imaging expert Dr. Robert Bard plus a list of cancer resource colleagues from NYCRA (NY Cancer Resource Alliance) helped establish a new joint effort to bring public awareness and alternative treatment options to the many first responders and survivors of the WTC disaster.  Aptly called "9/11CANCERSCAN" (911cancerscan.com), Dr. Bard's collaborative project is part of a public outreach crusade to support the patient philosophy of "the second opinion", prompting the many exposed potential victims to pursue continued monitoring & screening in response to the growing list of cancer cases that are just now beginning to appear- as reported by the Center for Disease Control (CDC) and other government health orgs.

9/11 CancerScan's alliance of caregivers include survivors-turned crusaders, publishers, cancer researchers, environmental advocates, medical specialists and legal experts. Together, they share and promote awareness and offer information about new solutions that the average survivor may not be privy to.  To name a few, advancements in health and treatment options are now available such as:
The 9/11 CancerScan project is designed to help all toxin-exposed individuals by promoting a proactive mindset about staying healthy and having regular screenings regardless of prior checkups. "Having read the CDC reports about the many surprise cancer cases and illnesses stemming from 9/11, I needed to arm myself with as much information on what to do, where to go and what's available. They say the attacks were a life changer for us all... being diagnosed over 15 years after that day tells us that we are still being attacked, this time from inside our bodies!", states outreach volunteer & co-publisher Lisa Vento-Nielsen of Staten Island.

Dr. Bard established his Cancer radiology practice in NYC (1974) and has since published countless texts about cancer diagnostics and contributed to the advancement of imaging techniques worldwide. By 2013, news broke of unique and aggressive cases of CANCER arising in droves.  The same individuals exposed to the toxic fumes and plumes of hazardous particles of the danger zone contracted aggressive cases of CANCER and were in immediate demand for medical care and support.  Dr. Bard's practice (who already had his share of patients in the first responder community) faced the next wave of health concerns and possible symptoms from exposure to the WTC toxic dust. 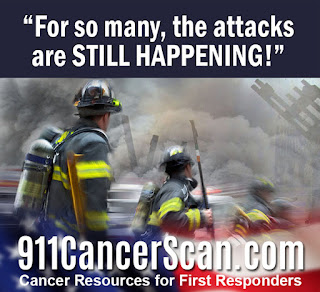 Dr. Bard's personal connection with the late James Zadroga in 1992  (the Zadroga Compensation Act was established (2011) helped inspire the mission to conduct new research and publish new awareness about the "new cancer cases" that are expected by many to arise.  "By virtue of the fact that government legislation is in place to ensure that those exposed to the 9/11 disaster continue to receive monitoring and treatment services for health problems at least until 2090 is telling of the current situation and pending cases", says Bard.

With the seemingly never ending health cases, more and more alliances continue to form in support of the many 9/11 victims-- including expert 9/11 legal resource such as Mr. Michael Barasch of Barasch & McGarry, who continues to help the many survivors to properly receive the benefits of the WTC Health Program and the Victims Compensation Fund by first getting certified.  "Respiratory illnesses were the most common illnesses but NOW it is cancer," states Mr. Barasch. "Miraculously, nobody died during the rescue and recovery operation, although they're certainly dying now... the WTC Health Program Reported that over 10,000 people in the 9/11 community have been diagnosed and certified with WTC cancers and more than 2,000 people have had their deaths linked to the 68 cancers." (see M. Barasch's complete interview )

In pursuit of the outreach spirit of NYCRA's parent org Awareness for a Cure (awarenessforacure.org), a non-profit supporter of all local cancer foundations,  the 911CancerScan allies continue to work together in support the fight against cancer.


EXTRA:
BARD CANCER DIAGNOSTIC IMAGING (NYC) has isolated and scanned countless cases of cancers using the most advanced diagnostic imaging technologies worldwide.  His technology provides early detection and real-time "digital biopsies" of many tumor types using 4D Doppler innovations bringing accuracy and expedience to the most comprehensive report- within MINUTES.  For patients, this advantage that cuts down & eliminates the wait time, travel (to multiple diagnostic centers) and reduces the insurmountable level of stress and intolerable problems of today’s increasing medical bureaucracy.  This innovation is identified by medical associations to outperform the advantages of MRI, X-ray and CT scans by as much as 20-to-1.  Dr. Bard's services were recently utilized during the terror attack in where-x-ray and CT services were overwhelmed.