WBAB/WBLI (Cox Media Group) "Plugged Into Long Island" with Ted Lindner has been supporting all local non-profit groups since 2015, conducting exclusive live interviews with community leaders, fundraisers and cancer foundations. The popular island rock-station airs some of the most current shows that spotlight our many helpful crusaders and their projects including 'Bikers Against Child Abuse', St. Vincent de Paul', Memorial Sloan Kettering,  Hewlett House and the Suffolk County Marathon to name but a few.

As many interviews as he has conducted on-air about health concerns and cancer rates, host Ted Lindner was himself surprised at the growing stats in this 'silent' epidemic. "It's amazing... male breast cancer doesn't get the play that female breast cancer does."  He started the show by exploring the genesis of AFAC and Dr. Stoff's vision to join and promote ALL cancer orgs. 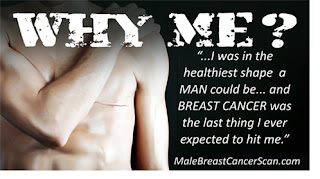 "More than a clinician, there's always been a major side of me that's been about education and awareness," starts Dr. Stoff. "To truly fight cancer, we have to attack this from all fronts- including sharing and providing the most current information, statistics, treatment strategies and who's who in the battlefield".  His 20+ years of experience as a medical professional in treating cancer patients helped empower his extensive list of publications, articles and educational videos that are publicly available to the cancer community and fundraising organizations.

MORTALITY REPORT OF A VERY REAL HEALTH RISK
As the show airs shortly after breast cancer awareness month, the MBCC continues the pursuit of a ground-level assault on male breast cancer through awareness to get all men tested.  Futterweit provides current numbers as part of his a public health alert .  "In the United States, the estimates are that one in 844 men will be diagnosed with breast cancer in their lifetime according to the American Cancer Society... and approximately 2,550 new cases are expected to come out this year.  The estimated cases per year in the UK is 390. In Australia, it's 148. The mortality rate for men is higher than that of women due to the lack of awareness and/or, ironically, a misdiagnosis.  There's been recorded 480 deaths so far, which is almost 20%, which is ridiculous because of the fact that men are not aware of what's going on."


Marc Futterweit is the regional ambassador of the Northeast branch of the MBCC and a long-time inspirational champion for the growing list of male cancer cases. He introduced himself as a two-time survivor of male breast cancer and shared his entire diagnostic and treatment process. Futterweit's spirit to charge through New York's first snowstorm of the year to make the early morning studio interview in West Babylon all the way from Dover NJ is all part of Marc's due diligence for his personal mission. "I never shy away from any opportunity to get the word out about male breast cancer -- this is the type of cancer that desperately needs a real voice in public awareness because so many men out there have no clue how REAL this disease really is!"

A joint task force built between the medical board members of AFAC and the directors of MBCC around the 9/11 Remembrance Day when news reports released about 15 male firefighters that came down with breast cancer as result of the WTC exposure. "We connected with MBCC co-founder Cheri Ambrose originally because Awareness for a Cure has a sister program for 9/11-related cancer cases called 911cancerscan.com... and when the breast cancer report came out, we gladly did more to help Marc's mission because we had a common goal of getting information out about the impending health risks," says Dr. Stoff. 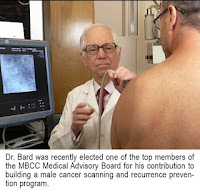 The Male Breast Cancer Coalition is a global non-profit foundation whose mission is to unite men with breast cancer together from around the world to spread awareness and educate everyone about breast cancer in men. For more info, visit: www.MBCCGlobal.com. Awareness for a Cure is a joint alliance group between various non-profit cancer-related orgs such as BestAnswerForCancer.org, Stoff Institute for Medical Research (SIMR) and the digital association (NYCRA) NY Cancer Resource Alliance.