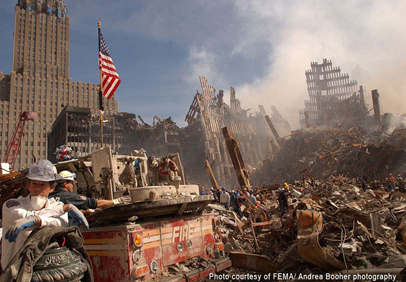 Since January of 2015, the American Society of Clinical Oncology (ASCO) and The Society of Immunotherapy of Cancer (SITC) had their first joint conference in Orlando Florida where ASCO president Dr. Bruce E. Johnson publicly stated, “the future of oncology care is through immunotherapy.”  Dr. Jesse Stoff recognized this as the tipping point for the medical community to welcome more cancer treatment options and the integrative philosophy.


Aligning with THE FEALGOOD FOUNDATION (national 9/11 victims advocacy group), Dr. Stoff collaborated with NYC-based cancer diagnostic imaging specialist Dr. Robert Bard to form a dedicated program called 911CancerScan.  This effort conducts a major outreach to seek out first responders and survivors- offering resources and a set of advanced treatment options and services that are covered by the VCF (Victims Compensation Fund) once the patient’s case is certified as a 9/11-related issue.

Dr. Stoff's career as an integrative practitioner is dedicated to providing the patient with a much wider set of treatment options than the conventional paradigm.  Part of this public crusade is to offer the many new and available solutions and make them available to any patient -- such as INTEGRATIVE ONCO-IMMUNOLOGY, STEM CELL THERAPY, the recently approved CBD (Cannabidiol) TREATMENTS and the new non-invasive DIGITAL BIOPSY through the 4D Doppler Imaging technology.  In addition, the highly recognized DNA/GENETIC TESTING solutions such as IvyGene Test and Foundation One are a significant part of many advanced cancer diagnostic centers.

IT ALL STARTS IN THE LUNGS

Dr. Stoff has been active in the treatment of cancers and other 9/11 related injuries since inception and has witnessed an advancing rise in cancer cases.  For the number of certified victims of the WTC disaster, Dr. Stoff offers Onco-Immunology and Immunotherapy to battle cancers of all stages by improving and strengthening the body’s immune system.  He also supports the certification of new victims who may not realize they were infected until much later.  Exposure to the original 9/11 dust can occur if they have a job that exposed them to the same toxic dust that may have traveled within the zone years later.  Cleaning out dust from air ducts in recently-renovated buildings (that were boarded up and closed for many years after 9/11) are re-exposing people this many years later to that sort of residue.Dr. Stoff is also a leading advocate in pre-screening and scanning for the many “new” disorders arising from the toxic plumes that were airborne in lower Manhattan during the fallen towers. “Asbestosis is a well-known disease going back decades related to the asbestos industry and the use of asbestos to insulate everything from boilers in residential houses and boilers and heating pipes in commercial settings for many decades. And it's been known that people that worked with this material or breathed in or mined this material or removed this material or at an increased risk for asbestosis and asbestos related lung cancers.”

From an interview with the NY Cancer Resource Alliance, Michael Barasch, (lead attorney from major 9/11-related firm Barasch & McGarry) fully empathizes with his many 9/11 related clients with a clear view on how this toxic exposure became a widespread epidemic.  “Guys constantly were removing their masks during the cleanup… at the beginning there were no dust masks (or) sufficient respiratory protection at all.  Meanwhile, once they let kids back in school and didn't tell all these people, ‘Hey, you better have respiratory protection to clean the schools, your offices or your apartments.’ These people weren't wearing masks, they were just exposed because the government told them the air was safe.”

911CancerScan is also aligned with a sister program which Dr. Stoff has been supporting since 2015.  The "EARLY DETECTION & PREVENTION Program" under Awarenessforacure.org is a public education project promoting the message of proactive screening and living a clinically sound and healthier lifestyle.  It also includes advocacy for the recently diagnosed and guidance on "how to be a smart patient" through better research and making educated choices.  Resource director Lennard Gettz states that part of the inspiration to building the alternative resources for victims of 9/11 was sparked by the importance of THE SECOND OPINION**.  “We believe there are many 9/11 cancer cases that will go undetected either because of the tricky nature of these cancers, or due to the many who lack regular screening and checkups“ says Daniel M., (cancer patient and former WTC employee). “Do not be afraid of offending your doctor or feel like you’re a hypochondriac ... get that second opinion or as many as you feel you need until you find what’s wrong with you… think about the entire soup of toxic dust floating down there for YEARS, it’s better to catch it before it bites you!”

THE FEALGOOD MISSION:  By 2010, a new form of devastation appeared out of the shadows: a significant number of advanced and aggressive cancer cases suddenly grew within the many surviving rescuers and ground zero exposed. These victims were formerly cleared of any illnesses at first testing are now showing surprising numbers of cases of over 68 cancer types in the blood, brain, lung, liver, thyroid and skin. The 2010 bill was passed at a time when there were NO cancer cases, hence funds and congressional support was not prepared for any of this. The tsunami wave of new cancers that mutated after 8-10 years of dormancy does not even (yet) account for the "asbestos cancer... because that takes 20 years on average to manifest in the body, and we're now going on year 17," says John Feal. Hence, new lobbying efforts for advanced cancer care treatment are now in full swing and Mr. Feal faces an even larger hurdle to upgrade his mission to meet the current needs.