A New Breath of Care for our Retired Heroes: Cancer Resource Alliance Supports the RMA

4/30/3019 Brooklyn, NY -- The RMA (Retired Member’s Association of the FDNY) welcomed some of the leading patient advocates of the First Responders Cancer Resource to present its cancer awareness message to the packed room of career firefighters.  Among the many topics covered were: Early Detection & Prevention, the value of a SECOND OPINION, current mortality rates and the vigilant health message of “Get Checked Now!”

It was an evening of great solidarity for the members united by the leadership of President and membership chairman Jim Hayhurst.  This highly respected organization (founded in 1946) is comprised of retired firefighters of all ranks chartered to bring access to top professionals and direct supporters of this special community.  Proud attendees express their appreciation for the RMA as one of the major groups that seek out valuable information and contributors to help their members stay current on safety, health, information about pensions and other vital matters to all ex-firefighters.  This event in Brooklyn is one of five main events offered each year alongside their second location in New Hyde Park, NY.  Mr. Hayhurst expressed significant interest in the “Get Checked Now!” message for his men with the hopes of ‘saving at least one life from this or any other health program’ introduced to the RMA. 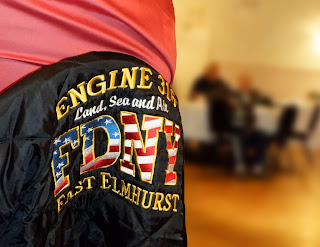 The 2019 outreach calendar of FDNY presentations reflect the growing momentum of interest gained in cancer awareness from all the firefighter orgs and firehouse events.  The standard speaking tour is comprised of program director Lennard Gettz and retired firefighter-turned health ambassador Sal Banchitta.  Mr. Gettz usually delivers highlights of NYCRA’s educational programs and details the many available healthcare innovations and advancements of the medical community for any cancer victims.  Sal Banchitta carries the discussion as a retired firefighter and a 9/11 responder by underscoring the many types of toxins and cancerous events that firefighters may be exposed to in their career- all leading to staying proactive about their health and safety. Furthermore, as a patient of a battery of clinicians, Sal promotes his audience to “ask a lot of questions, do your own personal research and seek peace of mind by getting a SECOND OPINION about complex health matters”. 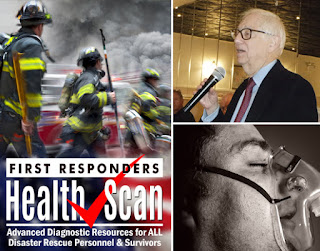 RMA member John Signorile and 3rd VP in charge of good and welfare of the Columbia Association of FDNY gave major support to the First Responders Cancer Resource’s public mission. “We were very impressed with this program and its cancer screening breakdown”, says Mr. Signorile. “You don't have to have an issue to come in for a screening—that’s a big plus. Most of my fellow members were impressed by that and look forward to getting tested because you don't want to find out when it's too late and you have an issue…. it's better to be proactive in these cases.”   John Signorile also found the benefit of the philosophy behind the Second Opinion program- “I’m friends with one of the top oncologists in the city who always tell me to get multiple tests and have more than one doctor check you out… so many things may be overlooked by one pair of eyes."

Dr. Robert Bard, one of the top medical advisors of the First Responders screening program & active cancer diagnostic specialist in NYC made a surprise appearance to speak in this venue.  “He insisted on being part of this meeting and got on the mic to engage with the members.  Having him at the RMA meeting was such a blessing because he added that science angle to the whole presentation”, says Sal Banchitta.  Dr. Bard opened with an introduction of his 45+ years of experience as a tumor analyst and a “cancer finder”.  He shared actual references from his own patients as well as some of the most common cases that plague first responders. Dr. Bard embraced the bevy of questions which continued long after the presentation where members sat privately with Dr. Bard one at a time-- exploring their deepest concerns that deserved the uncompromising attention that Dr. Bard is known for. 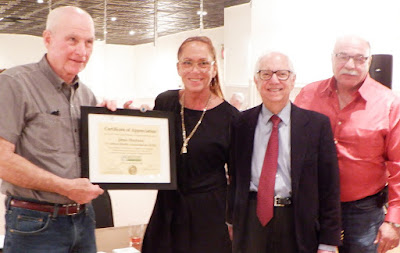 One of the major highlights of the event was delivered by Ms. Cheri Ambrose, NYCRA Communications Dir. and head of the international Male Breast Cancer Coalition.  Having campaigned publicly about cancer awareness to countless individuals, she expressed that the biggest underlying challenge in reaching our society is DENIAL. She boldly takes credit for the prompted “NOW” in the group’s “Get Checked Now!” mantra.


Cheri also concluded the group presentation by presenting one of NYCRA’s highest honors to Jim Hayhurst for his work with the RMA. “As advocates of cancer education and safety awareness, organizers like Jim are some of our greatest champions…  we appreciate community leaders (like Jim) who go above and beyond to build, maintain and expand the pillars of unity and loving support for our heroes. They give so much of themselves toward the betterment of others’ lives-- especially all the members of such a worthwhile org as the RMA.”

NYCRA’s First Responders Cancer Resource awareness team continues to forge an unending advocacy work for all emergency responders. They are scheduled this year to present in over 35 community groups in the NYC and Long Island areas.  Dr. Bard’s busy NYC practice continues to tirelessly screen all newcomers, conducting Early Detection and Prevention scans- especially firefighters (both active and retired) as part of his commitment to the “Get Checked Now!” program.