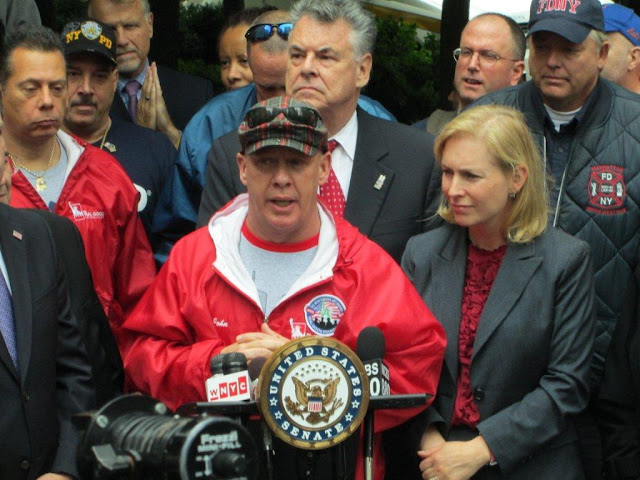 "A true leader is an ambassador of HOPE,
finding STRENGTH from adversity and INSPIRATION
from anguish..."
- the unknown soldier


Since 2005, JOHN FEAL and his FealGood Foundation has been tirelessly bringing public support to the many first responders who risked their lives in Ground Zero.  To this day, he continues to wear the many hats he needs to fulfill his mission from FUNDRAISER for the VCF (Victim’s Compensation Fund) to ADVOCATE and PUBLISHER of a non-profit RESOURCE CATALOGUE of all related 9/11 support services and LOBBYIST in Washington for the support of all public resources and compensation venues. The FealGood Foundation is one of the largest national organizations carrying the torch of ambassadorship for the many who selflessly risked their lives while defending the benefits of first responders and survivors of 9/11. 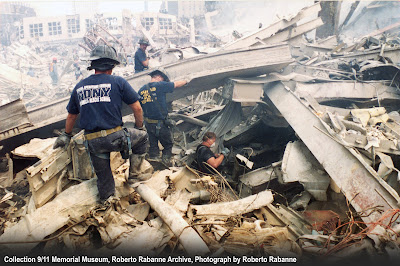 John Feal was a demolition worker for a private east coast company and was called by one of the largest contracting firms to perform cleanup starting on 9/12.  He spent a total of five days on site but his commitment was cut short on the 17th when 8,000 pounds of a steel beam crushed his left foot- resulting in the amputation of half of his foot from gangrene. “I spent 10 weeks in the hospital fighting for my life… but how bad do I really have it? I lost half my left foot when there are people that lost way more than that!”

According to John, his list of injuries also included surgeries on his right foot, right knee, and left hip.  To date, he is arthritic in over 80% of his body and four doctors have diagnosed him with post-traumatic stress disorder.  Like many other responders, John Feal suffers from acid reflux and Gerd.  He finds cathartic benefit in helping others as he ‘deals with his own 9/11 demons’.

Mr. Feal’s will to take part in his community did not end with his injury. In fact, many considered it to be a remarkable kick-starter of his passion (what he calls his “kryptonite”) to launch his public pursuits to do so much more for so many others.  His foundation is recognized today for bringing aid to the many dedicated workers who tirelessly risked their health in what he considers a never-ending nightmare of a job. “Destruction and devastation-- you're just not programmed to wake up in the morning and see that kind of devastation. But what gets me every time… is the SMELL.  If I shut my eyes long enough I will smell ground zero, and I think for most 9/11 responders (and first responders) the smell is what gets us. It's the smell that was so uncanny, and the smell had a picture. It truly represents the worst devastation I've ever encountered-- It brings me to my knees!” 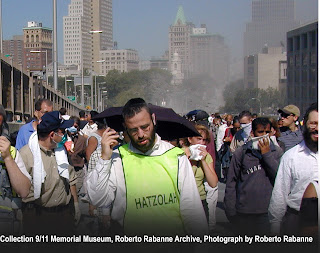 TOXIC SOUP: WHAT ABOUT CANCERS?
When asked about his exposure to cancerous materials, “…not in me-  not yet, knock on wood! But that doesn't mean I'm not ... Listen, everybody who doesn't have cancer from 9/11 is looking over their shoulder when they're going to get cancer from 9/11. There's over 7,000 people right now that have a certified 9/11 cancer, so says the federal government. There's over 83,000 people in the World Trade Center Health Program that are being treated or monitored. Over half of that 83,000 that are being treated for more than one illness. There's 433 out of 435 congressional districts in the United States that somebody was represented at ground zero during the 10-month cleanup. This is a generation long thing, and until the last person who dies from a 9/11 related illness, this is going to go on for the next 30, 40, 50 years.”

According to Mr. Feal, out of 435 congressional districts in the United States, 433 of them were represented at ground zero (sans congressional district from Alaska and California). He tracked and watched Americans as a whole contributed and participated in ground zero during the 10 month cleanup. Out of the over 83,000 people in the WTC Health Program that are either being monitored or treated for their illness, an estimated 50% are being treated for more than one illness now. There's over 7,000 people with a 9/11 related cancer that's been certified by the federal government saying, "Yes, 9/11 has caused your illness." Roughly 2,000 people have passed away from a 9/11 related illness, whether it's one of the extensive types of cancers or pulmonary fibrosis. 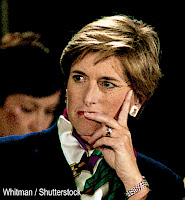 “A short period after 9/11, the (then) EPA Director Christine Todd Whitman made headlines for her erroneous announcement that “the air in the WTC area was safe to breathe” … we were not given the proper respiratory gear or the protection to wear. If you notice that 9/11 workers in the pentagon wore hazmat suits-- that just didn't happen in NYC’s ground zero. The adsorption to it in those amounts in skin while we worked on the pile, we slept on the pile, we cried on the pile, we went to the bathroom, we ate there, we were exposed. Each and every individual toxin, if you took and put it in a bottle, you'd have a skull and crossbones saying "Harmful if swallowed, consult a physician." Now put them all together you had a toxic soup that no scientist, doctor has ever witnessed before. This is unprecedented. The presumption of just us being there, it should've been done, these bills should've been passed earlier in Congress or Albany or anywhere. They should've gotten off their &%$*!@s and not put politics in front of human life, because that's what happened for a decade. It took that long. That's left a chip on my shoulder and left me angry.”

According to Feal, in 2010 when the Zadroga bill passed, there were no cancers recognized or identified with 9/11. But by 2011, the FealGood Foundation and other groups petitioned the 2011 technical advisory committee and got four cancers added to the bill. Since then, 68 cancers have been added to the bill-- a major victory allowing epidemiology to work the 10-40 year curve to do their studies. All cancers from blood, brain, lung, liver, thyroid and skin cancer are the top cancers in the 9/11 community.

“We're on the cusp of the asbestos cancer's coming, because that takes 20 years on average to manifest in the body, and we're now going on year 17. I predict (that) a third of the 9/11 community gets asbestos cancer… including me, I'm not immune to that. These illnesses are real, and this is our reality and nobody can distort what happened on 9/11!”- says Feal.

FEALGOOD IS CONTAGIOUS!
Meet the Next Crusaders from 911CancerScan 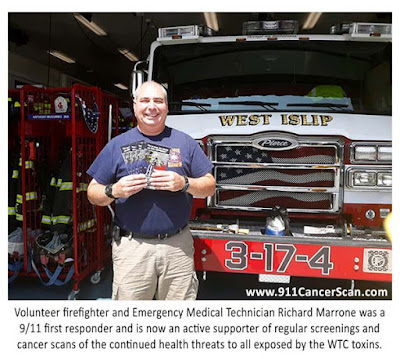 John Feal's outreach efforts to connect with all first responders to "get certified" helped so many survivors receive the right health care treatment, compensation and resources.  But he didn't stop there; Mr. Feal's work also inspired the rise of many new treatment centers, educational programs and philanthropic groups to support potential cancer victims and survivors from 9/11. This includes the non-profit advocacy group called AwarenessforaCure.org and the NY CANCER RESOURCE ALLIANCE - whose clinical members helped form the 9/11CancerScan. Such groups help pass the word about the many new cancers and other health disorders that are just now (almost 2 decades later) coming to light since 2001.  Fellow survivors-turned-crusaders from the 9/11CancerScan group are reaching out to all city workers, responders and civilians to extend public support and new information about impending health emergencies.  (See complete article on Richard Marrone and the inspiration behind the 9/11 CancerScan Program)


DISCLAIMER: This blogsite, the author and editorial staff make no claims pertaining to any of the institutions or funding information listed, make no warranty or guarantee of funding, and bear no responsibility and disclaim any liability for the privacy of communications or the outcome of any applications for the listed resources. No further information about any of the institutions nor funding programs (other than the links and contact information listed here) is available.  Written content provided in this article/blog is for informational purposes only; consult your physician before making any changes to your treatment plan.

THE LATEST ON POST COVID CONDITIONS Source: CDC.GOV 1/10/2022 Medical analysts, virologists and diagnostic experts assess this to be a LINGE...