The 9/11 Attacks are Still Going On; The New Wave of Asbestos Based Cancers 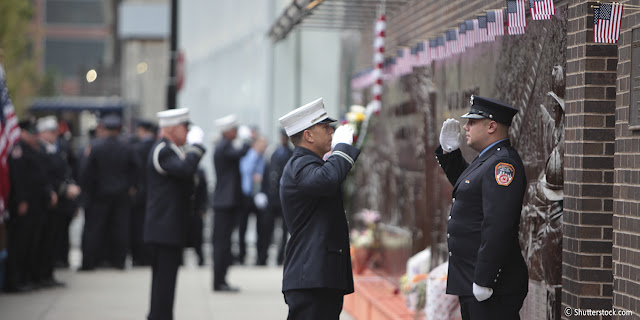 Recently in the news, they're talking a lot about asbestos and asbestos-related cancers due to 9/11 exposure because when the Twin Towers collapsed, all the asbestos that was in there for insulation was aerosolized. And when you breathe that stuff in, in small particles that have been micronized from the explosion and compression phenomena, when those particles get lodged in the lungs, the body doesn't have a good way to excrete it.

Asbestosis is a well known disease going back decades related to the asbestos industry and the use of asbestos to insulate everything from boilers in residential houses and boilers and heating pipes in commercial settings for many decades. And it's been known that people that worked with this material or breathed in or mined this material or removed this material or at an increased risk for asbestosis and asbestos related lung cancers.

Recently, it's also been shown that because of the chronic inflammation that the asbestos fibers may cause in the lungs and, in concert with other chemicals that were absorbed through the lungs from exposure to the 9/11 dust and crap that was aerosolized, the incidence of a great many cancers has (now) been spiking.  This is all due to the more common lung related cancers that you might expect (or cancers in the kidneys and liver) and many others that has affected just about every organ and every system in the body.

Asbestos acts as a synergistic agent for accelerating and magnifying the effects of other toxins because the asbestos fibers have no place to go. The body has mechanisms to deal with many toxins and over time, the concentration of these toxins decrease in the body- which is true for many of the petrochemicals and organophosphates and things that were inhaled. Not true for the heavy metals that were inhaled in 9/11 because the body has very poor mechanisms for dealing with heavy metals that are inhaled or ingested in any way.

And the chronic inflammation caused by asbestos is something that has been leading to the occurrence of a great many cancers at the Centers for Disease Control (CDC) who is finally posting lists of cancers that are related to this whole process.  For many years, this was ignored and minimized traveling on the belief that "people get cancer and die anyway". But lately,  government epidemiologists are finally facing the fact that the exposed individuals are getting more cancers and dying faster than people not exposed.

The attitude surrounding 9/11 stems from the announcements made on 9/11/01 and 9/12/01 where high ranking officials publicly said that the air was safe to breathe and that there is no problem. So that set the stage for years of wrongful exposure to toxic chemicals that stayed in the environment for decades.

RESIDUAL TOXIC DUST: SLEEPER CANCER AGENTS AWAKENED
Another common post-9/11 cancer case comes from a patient who had an air duct cleaning business with years of exposure to cleaning out the dust from air ducts in lower Manhattan - the same dust traveled from 9/11.  Her cancer case was identified as a 9/11 related cancer on the CDC list contracted from the same dust which the disaster responders were exposed to.  This is a disease that is impacting people regardless of their age, their ethnicity, their place of employment. Their exposure to the original 9/11 dust can occur if they have a job that exposed them to the cleanup efforts in New York City and elsewhere.  Moreover, cleaning out dust from air ducts in buildings (that were boarded up and closed for many years after 9/11) that have been recently renovated and reopened are re-exposing people this many years later to that sort of residue.

STAGING OF PULMONARY DISORDERS- A CLINICAL ANALYSIS
The residue consists of many different things that have been categorized by the Centers for Disease Control and other organizations. The common denominator for the way that these things get into people is through INHALATION. So lungs take the first hit and often lung diseases that are noncancerous quickly follow such as recurrent bronchitis, pneumonitis and pneumonia due to increased chronic productions of mucus which the body is trying to produce more of in order to trap these particles and excrete them. From here, asthma, chronic obstructive pulmonary disease and COPD (all of which could be lethal into their own right and have nothing to do with cancer) may also appear as a possible aftermath of the chronic inflammation that the lungs are suffering from exposure to the toxic residue.

Because lung tissue (unlike liver tissue for example) heals by scarring and not regeneration, when the lungs are exposed to chronic irritants that the body can't get rid of, chronic inflammation and irritation ultimately leads to the death of lung cells called pneumocytes.  That area of damage causes bronchiectasis and scar tissue formation which can lead to COPD and the diseases associated with that including cardiovascular problems and death.

From the lungs, because of the rich blood supply, the smaller molecules that are inhaled can be absorbed through the tissue paper thin membrane that separates the outside air from the inside blood vessel, and many of these compounds were lipid soluble so they could go right through that thin membrane into our blood supply. Other toxins are ingested by macrophages (the Pac-Men of our immune system). And when these Pac-Men ingest these toxins and can't digest and break them down, then as the macrophage migrates back into the blood stream or into other tissues, bringing these toxins with them. When these cells die, it deposits that toxic residue and exposes new tissue to those toxins leading to an accentuation and progression of that disease process.

This disease has led to a great deal of suffering for the many exposed victims. In my estimation, over three dozen of my patients have been exposed to the 9/11 toxins either by direct exposure or secondary exposure.  They have suffered some of the most debilitating and life threatening diseases that these things can cause. Part of their frustration is trying to have the money and find proper resources available to address these diseases.

For over a decade, there has been some strange things going on in the medical field where there are sudden shortages and national back orders of basic supplies (such as IV supplies, potassium chloride, magnesium). Very basic things that we need to give in IV therapies when we're giving either chemotherapies or other types of therapies to help fight these diseases.  With the belt tightening restrictions that insurance companies are going through, the access to medicines has become more restricted and limited, especially among Medicare and Medicaid patients. And if the medicine aren't available or if the person can't afford, then it becomes a fight to try to get access to some of the money that's available through the Victim Compensation Fund. There are lawyers that are helping with that process but that's a long drawn out process that patients may not have the time to endure and survive.

So this whole thing is a quagmire and it's a mess this many years after the initial horrifying events that occurred back there on 9/11/01.

Special thanks to our senior public supporter of all 9/11 First Responders- Mr. John Feal of the FealGood Foundation- whose countless achievements and tireless efforts in the fight to preserve the Victims Compensation Fund and other government-backed resources for 9/11 personnel.

DISCLAIMER: This blogsite, the author and editorial staff make no claims pertaining to any of the institutions or funding information listed, make no warranty or guarantee of funding, and bear no responsibility and disclaim any liability for the privacy of communications or the outcome of any applications for the listed resources. No further information about any of the institutions nor funding programs (other than the links and contact information listed here) is available.  Written content provided in this article/blog is for informational purposes only; consult your physician before making any changes to your treatment plan.